When I travel, I love to go carry-on only, but, believe it or not… going carry-on only isn’t actually my goal.

Sure, I’m already planning on traveling with no checked baggage; that’s a given.

But the problem with saying that I’m packing for carry-on only starts with the fact that carry-on can be defined in so many different ways.

What plays for one airline doesn’t always play for another. One airline might go on bag dimensions only with no stated weight restrictions, while another might only allow a mere 7kg (15 pounds) for BOTH your bag and extra personal items.

It’s a vast, Wild West type of world when it comes to carry-on rules and regulations. I’ve been boarding at airports with my tiny little bags while other people are carrying on something that is MORE than I’d bring around the world. Sure, they can. They didn’t have to deal with the same carry-on rules that I did when flying over from Australia.

With that in mind, I pose the following question:

How can we give you carry-on packing lists when the definition of carry-on is so varied across airlines?

The answer to this is simple: We can’t. At least not sure-fire, guaranteed approved carry-on packing lists. At least not without focusing on another bit of criteria, like the bit that airlines love catching us all on- the weight.

If you travel frequently, you have probably become quite proficient in cramming as much as possible in a smaller space, but cramming it all small isn’t going to mean a thing if your airline’s carry-on limit is 7kg- and you’re holding 17kg in that finely packed backpack or suitcase.

Over the past couple of years, it has been a common need to pack for a 7kg (15 pound) weight restriction, 10kg if I’m lucky. This tends to be the general rule for many flights exiting Australia, and many budget airlines across the globe (some even allow less!). So I try my best to stick close to a 7kg goal so that I’m also not caught off-guard when trying to catch flights within another country.

The beauty about packing with a small weight goal in mind is that, by nature, your bag is just going to be small, and you’ll most likely have no issues with carry-on dimensions (if your bag is not a hard case).

Of course, every trip is different, so nothing is ever going to be catch-all- but we can do our best to try.

Do you agree that packing for weight can be ultimately more important than the general goal of carry-on? 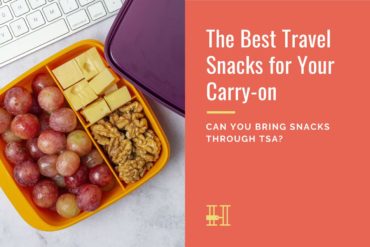