Thailand is known as the Land of Smiles, and with good reason. Everyone there is warm and welcoming. But, heading to this Buddhist country isn’t just about the warm and welcoming locals. The country is often used as a stomping ground for tourists behaving badly. Most simply head to Thailand without knowledge of the local culture or ways to help sustain it.

For your trip to Thailand, keep these simple tips in mind to help be a more responsible, culturally-minded traveler.

1. Be mindful of your feet.

In Thai culture, the feet are the dirtiest part of the body. Using your feet to point at anything or putting your feet on anything is quite rude. In addition, when visiting a temple, it is important to never point your feet towards a monk. People must sit mermaid style (with your knees pointed in front of you and your feet tucked towards your back).

When entering a temple, as well as many shops, there are a pile of shoes outside the door or entrance. In places like this, don’t walk in with shoes on. Take them off and leave them outside. 3. Don’t raise your voice or make someone look bad.

In Thai culture, an important concept to keep in mind is that of losing face. It is common for people to provide travelers with misinformation, not because they are being malicious, but because they don’t want to admit they don’t know.

If this happens, confronting them isn’t an option. Fights have been known to start because someone made someone else lose face or look bad. When in the company of locals or out, do not raise your voice, be rude and call someone out. And never, ever make a scene in public.

4. Don’t touch the head of anyone older than you.

In Buddhist culture, the head is the most sacred part of the body. Touching someone’s head who is older than you is considered disrespectful. Also – ladies, never touch a monk. Touching between a monk and female is against their teachings because it can lead to a sensual desire.

The culture in Thailand is conservative, yet many people walk around barely clothed. Walking around with your bra showing, in low-cut tops or barely-there shorts are offensive to locals.

The key phrase to remember in Thailand is to “dress politely.” That means when in temples, cover your shoulders and above your knees. When out in public, cleavage-baring shirts and tiny shorts are not polite. And, never walk around in just a bathing suit top.

>>See our guide to packing for conservative countries. Sadly, Thailand is behind in terms of animal rights and the way animals are treated. Tuk tuk drivers, tour operators and guest house staff will try to sell tours to places where people can ride elephants, cuddle with baby tigers, see monkeys perform and more.

However, these attractions are riddled with abuse.

There are a lot of online resources which expose the realities of elephant attractions, as well as the tigers. In general, a good thing to keep in mind is that if these animals are performing or engaging with you, there is typically some sort of abuse.

Luckily, especially in regards to elephants, there are responsible options where they are not beaten or for forced to give rides.

7. Not all tour operators are responsible.

Another popular tourist attraction is visiting hill tribes. However, many hill tribe tours are quite exploitative. Most people in hill tribes have no rights because they are refugees or not recognized as citizens.

If you want to see what life is like for some of the smaller hill tribes and villages, opt for a tour operator or local guide who knows what they are doing, and rather than simply parading people through tourist villages, actually has relationships with these people and can provide education, as well as an incredible experience. If you’re looking for a responsible tour operator, Where Sidewalks End is a great option and can work with you to create an itinerary.

Shopping for goods to take home is a popular activity in Thailand. With so many markets selling handmade goods and clothing, it is easy to get caught up. While markets like Chiang Mai’s famous Sunday Market are perfect opportunities to flex your negotiating skills, not every place is like that. Don’t haggle for red truck transport (similar to small public buses) and don’t try to negotiate in stores. It is considered disrespectful.

At the same time, there are instances where you can get overcharged. Remember, the Thai baht is pennies to the dollar, and arguing with a cab driver, for instance, isn’t suggested. There have been reports of fights, and worse, over a few cents. It just isn’t worth it. 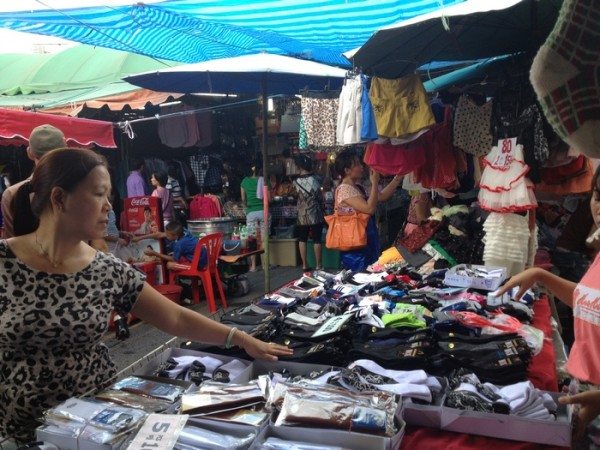 9. Don’t get too affectionate in public.

Since Thailand is a conservative culture, Thai people are quite reserved when it comes to public displays of affection. An important part of being a responsible traveler is respecting the local culture. Full-on make-outs in public are considered rude and make locals feel uncomfortable. Save the smooches for behind closed doors.

10. Be careful where you volunteer.

Many people coming to SE Asia want to give back when they come to the region by volunteering, but not all volunteer programs are created equally. There are some, like the programs run by Save Elephant Foundation, which are sustainable, employ locals, give back to the community and help both people and animals.

However, some opportunities, such as volunteering in orphanages, should be left untouched. Many reports have surfaced over the years which show the psychological damage done to children who have volunteers coming and going in their lives. Reports also show that many of these children aren’t, in fact, orphans at all, but placed there to make money and are a part of the sex trade or child slavery/trafficking.

Thailand is very different from the Western world in many aspects. The bar girl industry, for example, is quite prevalent, and even though this can be upsetting to foreigners, for many women it is a lucrative opportunity to not only care for herself but also to help her family back home. Of course, not every sex tourism aspect is responsible, and things like ping pong and sex shows can have much darker ties. Still, it’s an important tip to keep an open mind.

>>Check out the HPL Thailand Travel and Packing Guide here.

Diana Edelman is a travel writer and the voice behind d travels 'round, a travel blog which focuses on solo female travel, life as an expat and responsible tourism. She recently served as head of PR and social media for Save Elephant Foundation and Elephant Nature Park, an organization dedicated to rescuing elephants and raising awareness about responsible elephant tourism. Diana is a responsible elephant tourism expert and is the co-founder of #RTTC, the Responsible Travel & Tourism Collective. Follow along on Facebook, Twitter, Pinterest and Instagram.