This post may contain affiliate links, and at no additional cost to you, we will earn a commission if you decide to make a purchase.

Images of walking across the romantic Charles Bridge at dusk are what might be conjured upon considering a trip to Prague. The history and culture are just a few of the features that bring in visitors every year. The capital of the Czech Republic isn’t quite the “off the beaten path” destination it once was, but it’s still a great destination to add to your European itinerary.

Traveling in the Czech Republic is not as cheap as it was even a few years ago, thanks in part to a steady influx of visitors to eastern Europe. But there are a handful of ways to keep your budget under control when visiting Prague.

Take advantage of the free stuff
A number of the attractions won’t cost you a dime, which is lucky as the exchange rate can fluctuate. Favorites like the Charles Bridge, Astronomical Clock and Prague Castle are all free to visit, as well as the Jewish Quarter and the John Lennon Wall. There’s also a free walking tour run by Sandeman’s New Europe.

Go beyond the Old Town
While most of the standard tourist attractions are located in the Old Town, get outside of it for more local experiences and reasonably priced meals. When it comes to tourist areas, expect to pay more for cabs, food and souvenirs.

Make time for day trips
While there is so much to offer in Prague itself, it’s also a base for other regional trips. Take advantage of the train network to see Kutna Hora, the famous church made of bones, Terezin Concentration Camp, the Pilsner Urquell Brewery and the quaint town of Cesky Krumlov.

Essential Gear to Bring to Prague

Check out our Prague winter getaway packing list for a more detailed run-down.

Light jacket– Temperatures can get a bit breezy, especially during the fall. Bring a light jacket that can be layered to keep you warm at night or in the winter. (There we go with those layers again!)

Boots or comfortable walking shoes– A structured pair of boots will both look stylish and hold up while walking around to see the sights. Just make sure they’re broken in before your trip! A pair of nice looking walking shoes will also do.

Crossbody bag or purse– Keep your essentials on hand with a nice crossbody bag that will deter pickpockets.

Smartphone– Download a few apps onto your phone with maps, language lessons and music to keep you entertained.

Books to Read Before Visiting Prague

Prague and the Bohemia region has long been an inspiration for writers in fiction as well as storytellers interested in portraying the World War I history.

Movies to Watch Before Visiting Prague

Top Things to Do in Prague

The majority of the top things to do in Prague relate to its history, which dates back to before 800 AD when the region was known as Bohemia. Today the city is full of heritage listed locations.

Prague Castle– This castle is one of the first landmarks you’ll notice upon arriving. It was founded in 880 and is now an UNESCO World Heritage Site. Here you can learn about the city’s early fortifications and watch the changing of the guards.

Charles Bridge– The historic bridge was built in 1357 and named for King Charles IV. It holds a number of statues on each side and is popular with tourists stopping for photos and for vendors and buskers.

Jewish Quarter– This section is one of the oldest Jewish Quarters in Europe, as it was settled in the 10th century. It was also the site of the first pogroms. You can learn more about the ghetto’s history at the Jewish Museum.

John Lennon Wall– A popular stop with Instagram-loving travelers, this wall was first painted in 1988 as a reaction to the communist regime. Over the years, lyrics from Beatles songs covered the wall and also portraits of John Lennon.

Astronomical Clock– Located in the historic Town Square, this clock was installed in 1410 and has figurines that move around every hour. This brings in a number of tourists just to see it.

Free walking tour– As with other major European cities, there are free walking tours of Prague run by Sandeman’s New Europe tours that will provide you with the history of the famous city. They also run paid tours to Kutna Hora and Terezin Concentration Camp as well as the castle and pub crawl tours.

Food and Drink in Prague

Czech food is hearty and reminiscent of other types of European food. You’ll find much of the same meat and potatoes dishes but with a Bohemian twist. To learn more about the food in Prague, check out the Eating Prague tour.

Chlebicky– These open faced sandwiches are the ideal lunch or snack on the go, topped with cold cut meats and cheeses.

Svickova– This hearty dish is made up of sirloin and dumplings or potatoes with a cream sauce.

Kolache– The yeast pastries are often filled with sweet or savory items and are best as snacks.

Pivo– You can’t come to the Czech Republic without enjoying pivo, or beer. This is home to the original “Budweiser,” named Budweiser Budvar and Pilsner Urquell. The locals drink more beer per capita than anywhere else in the world!

The Czech language can be a difficult one to pick up, especially due to the accents, but if you learn a few key words, mostly about food, you should be fine. Download a language podcast onto your iPod or check out this YouTube series that teaches language to travelers.


If we’ve left anything out or you’d like to add to the conversation, please leave comments below! 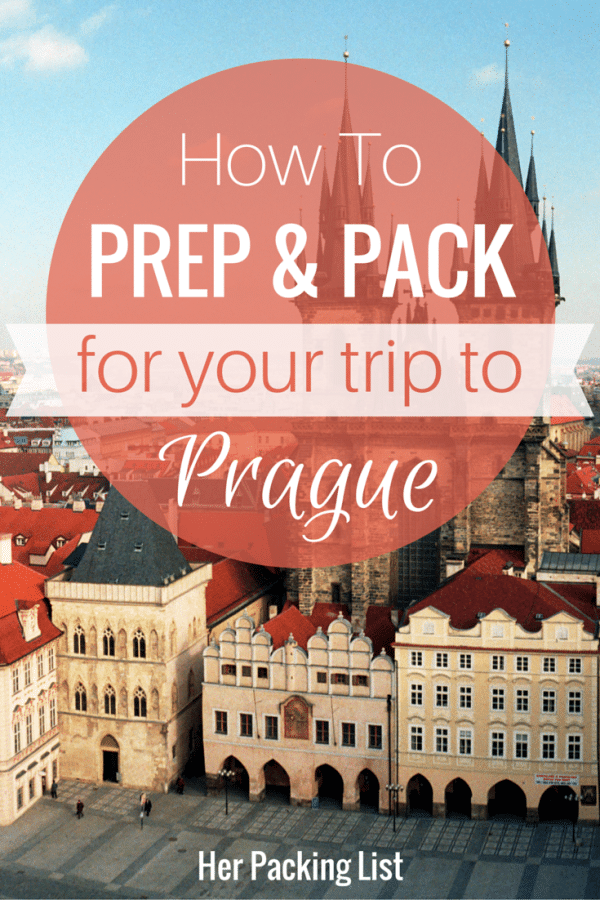 And now for the giveaway!… This is so exciting! One lucky reader is going to get the makings of an awesome weekend in Prague, for 2! Big thanks to CzechTourism for helping us put this fun package together.

2 Nights + Breakfast at The Emblem Hotel The Emblem Hotel in Prague is a 5-star accommodation located at the edge of the Old Town Square and close to many major attractions. And I’m not sure if you’ll even want to leave the hotel after looking at some of the pictures of how beautifully it was designed! Trust me, I’m jealous of the winner of this prize! The winner will be introduced to the best parts of Prague in a walking tour, and who better to do that than Prague City Tourism themselves! Cafe Savoy, part of the Ambiente restaurants group, is the perfect place to get a taste of what Prague has to offer. Perks of the restaurant include daily gourmet menus, a delectable on-site bakery, and awesome atmosphere thanks to the interior and a massive Neo-Renaissance ceiling dating back to 1893. It’s a grand throw-back to old Prague- have a look at their gallery for more!

Please note: Giveaway does not include transport to Prague.

To enter you simply need to go through the options in the rafflecopter widget below. Entry options include:

That’s all it takes! Choose one or all four (5 if you’re a previous mailing list member!). Good luck!

Prize: The prize will be awarded to one winner and is good for a couple (2 people traveling together). Use of the prize must occur before the end of 2015. Hotel booking is subject to availability, and does not have to coincide with a weekend. Prize is fully transferrable.

Winner: Will be drawn and notified by email within 48 hours of contest ending. Winner must respond to our notification email by 11:59PM (EST) on October 7th or else prize will be forfeited and awarded to new winner. Drawing will occur through rafflecopter widget.

Exclusions: The prize does not include airfare or transport to Prague. The only meals that are included are the hotel breakfasts and dinner at Cafe Savoy. All other food, drinks, expenditures will be at winner’s own cost.